This summer, I had the opportunity to discover a part of the Outaouais I wasn’t familiar with: the Petite-Nation. Having spent a little time there in early June for the Gatineau–Tremblant Challenge, I was eager to return a few days later for the Tour de la Petite-Nation BMR.

I organize my gear the night before the event. My helmet, shoes, gloves, cycling wear and nutrition are all neatly stashed in my bag. I show my bike a little love: I clean and degrease it thoroughly, check the tire pressure and oil the chain. There’s nothing like heading out on a clean, well-oiled bike. Rumour has it that I occasionally (ahem, maybe even usually) leave things to the last minute. Quite frankly, I’m proud of myself. I’m ready way ahead of time!

I get up early for the drive to Lac Simon, the departure point of the Tour de la Petite-Nation BMR, which starts at 9:15. A quick Google Maps search indicates that the drive will take about 90 minutes. No worries: I leave around 6:45, so I should get there around 8:15.

The sun is shining, the radio is playing good tunes—wow! What a great morning for a cycling event. As I approach Lac Simon, with an hour or so to go, I decide to check the event website to confirm the exact starting point. A few clicks, and what should I see but “379 Papineau Street, Papineauville.” WELL DONE, YOU!

After a slight change in direction, 30 minutes later I drive into the parking area with half an hour to spare. No stress.

Moral of the story: Get your equipment ready ahead of time, and check the departure point. That will leave some wiggle room for the unexpected.

Volunteers, the key to a successful event

Clearly enthusiastic about helping to make the event a success, two smiling volunteers greet me at the registration table. Once I’ve signed in, I head for the starting area and strike up a conversation with one of the tour supporters, a local cycling fanatic who’s training for the upcoming Grand défi Pierre Lavoie. The day is off to a good start! 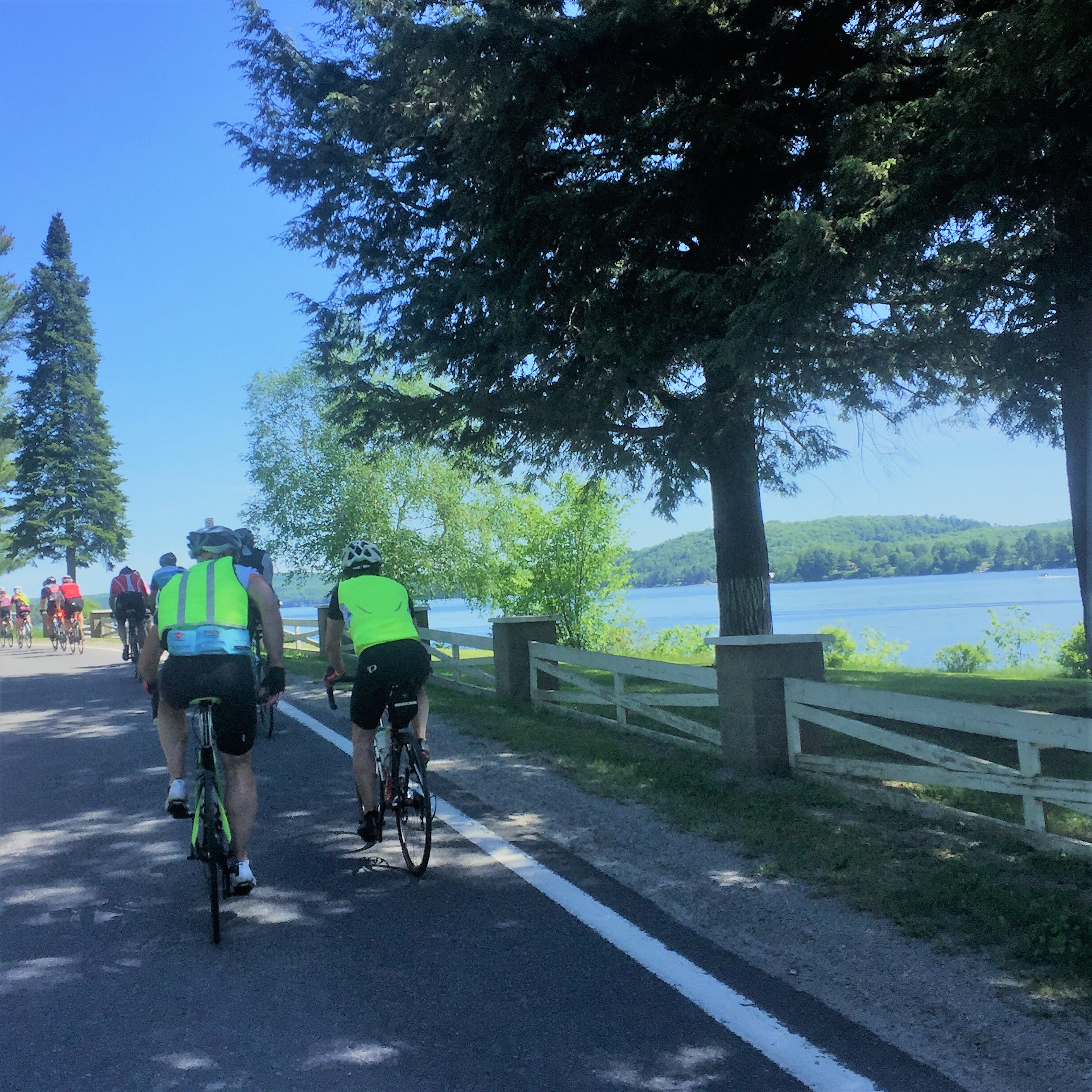 A little jaunt to Lac Simon

This well-supported ride allowed me to discover some of the most beautiful spots in the Petite-Nation. Besides the stretches along some beautiful waterways, the 90‑kilometre loop took us along picturesque rural roads in several villages and municipalities between Papineauville and Lac Simon—yes, the same Lac Simon that almost became the starting point for my very own solo bike event.

A destination with strong tourism appeal

Between pedal strokes, I start chatting with one of my fellow cyclists, a woman of about 40 who tells me she’s glad she made the trip from her home near Montreal to participate in this event. She read about the Tour de la Petite-Nation BMR in a Quebec magazine that promotes cycling for everyone. We agree that given everything it has to offer amateurs of the two-wheeled sport, the Petite-Nation deserves to be better known! One thing for sure, this Montreal cyclist intends to return to the area with a group of friends.

In my opinion, the Petite-Nation can be proud of its beautiful countryside, the kind people dream of. The scent of the freshly tilled and planted fields, a little farm where you can stop for an informal picnic, a friendly local market, the residents’ warm hospitality … In a word, the region is ideal for cycling.

A few more pedal strokes and I draw up alongside another cyclist in the pack, and we strike up a new conversation …

I need some kind of ending here; something like:

In a nutshell, the Tour de la Petite-Nation BMR is truly a great way to explore new routes and spark your interest in returning to the region to discover its many attractions.

[1] “La petite séduction” (2005–2017) was a popular Radio-Canada TV series inspired by a classic Quebec film, La grande seduction (2003, released in English as Seducing Doctor Lewis), where a small village comes together to charm a visiting doctor to stay. In the TV version, Francophone towns tried to make a celebrity fall in love with their community and way of life by showcasing their regional delights and best-kept secrets.

Hello, everyone! Here I am writing my first official blog post for Outaouais Tourism. In this blog, I’ll cover not only cycling events taking place in the region, but also my personal favourites and top cycling routes. Most of all, dear readers, I want to share my love of cycling!